“Over the past two or three years newspaper sales have declined because of prices being driven up by rising air freight costs,” explains Michalis Iacovides, Managing Director and owner of the operation that distributes almost all of the foreign newspapers in Cyprus. “As an island we’re reliant on air transportation, and with rising air freight costs set to continue, it made commercial sense to invest in our own printing capabilities.”

Costs were not the only issue – delivery times were also having a big impact on sales. Iacovides explains: “A few titles that were being printed in Greece or Turkey were arriving by 8:00 am and available in shops by 9:00 am to 9:30am. Most of these will now be available for breakfast – at the same price as before. Indeed, some titles were not arriving until the next day, and again they will now be printed by breakfast.”

Following the success of Miller Newsprint in Malta

Hellenic Miller Newsprint has followed in the footsteps of its counterpart, Miller Newsprint in Malta, which made the same move 20 months ago after facing the same cost and delivery pressures. Since then, all 60 international titles that it distributed are now printed on site – resulting in a 20% rise in newspaper sales, attracting more readers thanks to competitive pricing and same-day availability. 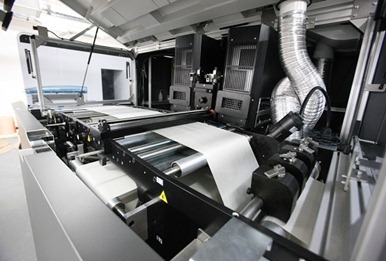 “Some customers have said they receive their paper here earlier than they do at home,” says Malcolm Miller, chief executive of Miller Group. He explains that initially setting up the operation was challenging because publishers were concerned about how successful the venture might be. The company also had to overcome people’s negative perception of what they envisaged the printed products would look like. “When the Financial Times said it was behind us, it became easier to get people on board,” continues Miller. “The investment has made us a far more flexible organisation, which has made us more competitive. Previously, a plane would land with only 100 copies and that is all we would get, which meant sales were limited and demand could outstrip supply. Now, if we need more we can easily print them. The investment has also dramatically reduced the environmental impact of our operation.”

Following the joint venture with Miller Newsprint, all the files are sent to Malta first thing in the morning, and then on to Hellenic Miller Newsprint for production of the Cypriot titles. Even with the success in Malta, the decision was not taken lightly, says Iacovides: “I was sceptical in the beginning – production is a big responsibility to take on. But after talking with a number of publishers we decided this was the best solution. Run lengths have fallen to the point where this digital press provides a perfect fit.”

Iacovides admits that the choice to partner with Kodak was an easy one: “We knew the Kodak solution would be totally reliable and we haven’t been disappointed. The quality of the KODAK VERSAMARK VL4200 Printing System is excellent. Kodak provided us with all the expert support we needed, which was very reassuring. We’re pleased to report that we’ve haven’t experienced any problems.”

The KODAK VERSAMARK VL4200 Printing System runs at 125m/min (410ft/min) at a resolution of 600dpi x 360dpi. Initial results since the installation have been encouraging: “Interest has been strong so far and we anticipate a significant increase in circulation now we can complete production in Cyprus,” concludes Iacovides. “I’ve been very impressed with Kodak’s professionalism. The company listened to what we wanted to achieve and supported us every step of the way.” 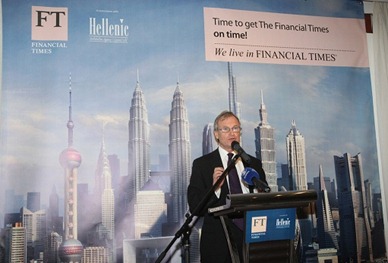 The Hellenic Miller Newsprint installation highlights how Kodak’s innovative technology can help print service providers respond to market pressures: “We are happy that our first newspaper customer has been so delighted with the performance and capabilities of the KODAK VERSAMARK VL4200 Printing System that he has decided to invest further in a joint venture with Hellenic in Cyprus,” says Jack Knadjian, Business Development Director, Newspaper Digital Printing Solutions, EAMER at Kodak. “Mr. Miller is the best example of a  visionary entrepreneur. He has bravely transformed his business in Malta and is reaping the rewards. It’s great to see the VERSAMARK VL4200 Printing System play such a pivotal role in this process.”

The press was officially launched at an inaugural party, co-hosted by the Financial Times, with the Finance Minister of Cyprus as guest of honour.

As the world's foremost imaging innovator, Kodak helps consumers, businesses, and creative professionals unleash the power of pictures and printing to enrich their lives.