Following its EFIA Gold Award in March, Primopost’s Cemoi Dark Chocolate packaging won the FlexoTech International Print and Innovations Award for Best Use of Flexo within Single Forme. “It is great to print successfully and get recognition for what we do,” said John Callion, Primopost’s Print Development Manager. “It not only reinforces the quality of the services we offer to customers but it sustains the business and helps to maintain high staff morale.”

Primopost began life in the 1970s as a film converter and moved into print in the 1990s. Family owned, it is run by Barry Bearman, Chairman, and his son Alistair, Sales Director. Today, the 40,000 sq. ft. operation, with just under 100 employees, operates around the clock producing print, film and stockholding, and associated services. There is also a quality and testing laboratory assuring consistency of output for its array of end-users that include M&S, Tesco, Morrisons, Marks & Spencer, Weetabix and Fox’s Biscuits.

In 2005, the operation completed a five-year, £2.5 million technology investment program that included the commissioning of the UK’s first SCHIAVI EF 4040 flexo press. The result was an increase in the firm’s print and lamination capacity to 3,000 and 1,000 tonnes, respectively.

Primopost began using KODAK FLEXCEL NX Plates two years ago via trade supplier Miller Graphics. Callion explains, “We wanted to improve the quality and impact of our work and increase the potential for jobs traditionally produced using gravure. We saw it as a clear growth opportunity that most other flexo printers were not looking to move into. In our industry if you get a two-year lead on anything it is a good advantage. We were already working with Miller when they became Kodak’s beta site and we have stuck with them ever since, as it is people that make a difference as well as the product.” 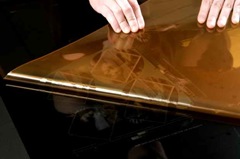 The decision has clearly paid off, as Callion adds, “Flexo offers a lower cost base, and Kodak has a lead on this higher screening technology. The KODAK Plates gave us an edge in the market and continue to do so. In fact, we have just converted Alpen Weetabix from gravure to the KODAK Plate and we will be entering the result in the next phase of awards.”

And there is more to come. “The work for which we won this latest award is the tip of the iceberg,” said Callion. “The ability to offer an extended tonal range through a wider colour space that we get from using this technology will help us win much more work. We are building up our portfolio and will be talking to a lot more brand owners.”

Callion expects the KODAK Plates, combined with the accolades Primopost is collecting, to help it continue grow: “In the past two years Primopost has moved from a £12m turnover operation to £17m. Largely that is through producing high-quality work, part of which is through this technology.”

The FlexoTech International Print and Innovations Awards were held at London’s Hilton Metropole.