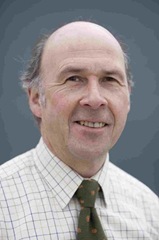 Edale are exhibiting at the fifteenth Drupa event, held at Messe Dusseldorf Trade Fair centre, Germany. The show, which has been going since 1951, will be running from 3-16 May 2012 and will span across a total of 17 halls.
Since the ‘early days’ of Edale, the company have redesigned and expanded their range of printing and converting solutions, with successful installations of machines worldwide for all aspects of printing; most recently in security printing with tamper evident products, travel tickets, pre-paid telecom cards and lottery scratch cards, as well as a strong growth in the packaging and folding carton markets....it was in fact at Drupa in 1995 that Edale launched the first folding carton press with inline rotary creasing.

Drupa features as a key show in Edale’s event calendar and the company are confident that this year’s edition will bring the same levels of success and opportunities as previous shows. Edale will be exhibiting with all new machine footage, literature and various samples from their current range of printing and converting machines. There will be a strong focus on the packaging and folding carton market; which is particularly exciting this year as many offset printers start to diversify and venture into the flexographic print process.

Edale’s Export Sales Director, Bernhard Grob, who will be in attendance for the duration of the show, comments “Sinceworking at Edale I have now attended a total of six Drupa’s, my first being in 1990 – so I have been able to witness the positive changes and growth in the event – and the market - over that time. In fact when visiting Drupa back in 1986, it was a contact there who put me in touch with Edale – which lead to me moving from Switzerland to Edale in the UK – initially only planned for a couple of years, yet 25 years later I’m still here. So, Drupa definitely holds memories for me both professionally and personally!”
People often say the key to a successful Drupa – what with its swarms of halls – and companies offering every aspect of the print industry – is preparation, so if there’s one name to note and remember it’s that Edale will be in Hall 15, Stand A63.
Source: www.edale.com