Multiprint Litho, Johannesburg, is the first operation in the Middle East and Africa to enhance its sustainability by switching plate production to the newKODAK SONORA XP Process Free Plate.

Established in 1951, Multiprint Litho is one of South Africa’s most prestigious printing houses producing a wide range of general commercial print for local businesses and blue chip operations. Fundamental to this service is a very strong environmentally conscientious ethos. 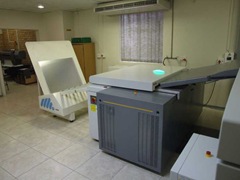 The plates offer enhancements in both imaging speed and latent image contrast over previous generation technology, while providing the same resolution, reliability, accuracy and repeatability as traditionally processed thermal plates. They also improve stability and consistency of print due to the elimination of processing variations from removing the processor.

Sustainability on a plate

While quality was paramount, equally important were the sustainable benefits delivered. The attributes of the new plate enable the company to pass on significant benefits to customers in terms of environmental responsibility along with increased productivity and stronger plate performance: “We are constantly aware of our environmental responsibility and the KODAK SONORA XP Process Free Plates have allowed us to eliminate our process chemistry,” comments Mr Baker. 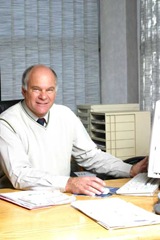 The plates are run on a KODAK MAGNUS 800 Platesetter installed in January and Multiprint Litho’s Prepress Manager, Bronwyn MacFadyen comments: “Many users of the KODAK MAGNUS Platesetter are running KODAK THERMAL DIRECT Plates, the first generation of Kodak’s press ready plate technology. As the original test site in Middle East Africa, we have now switched to the next generation of thermal plates, the KODAK SONORA XP Plates.”

Multiprint Litho’s reputation as an environmentally proactive innovator ensured it was a natural choice says Mr. Baker: “It was known in the industry that we were in the market for an environmentally friendly plating system, and this is one of the best you can get. When you decide that you’re going to be environmentally friendly, it doesn’t happen overnight. It’s a process we started some time ago. We started with our inks, and our entire plant now runs on vegetable inks (to ISO standard).”

“We then decided the next step was the plate making process, because this involves a huge amount of energy. A shop like ours was running about 500 liters of chemical usage every month to wash the plates and thousands of liters of water to complete the process. With the KODAK SONORA XP Plates, there are no chemicals or water involved, giving you true chemical free plates. Also, without a processor, the MAGNUS Platesetter takes up less space than a normal platemaker!”

He adds that together with using FSC-certified paper wherever possible, Multiprint Litho is now reaching the stage of eco friendliness it always hoped to achieve.

While Multiprint Litho is maximizing the benefits of KODAK SONORA XP Plates’ numerous environmental pluses there are plenty of productivity gains being made too: “With the KODAK SONORA XP Plates, we can make plates and be on the press, printing, in 10 minutes. We can also produce far more plates. We have come from 12 plates an hour to up to 42 plates per hour. This allows us to be much more reactive to change or ready to address the need to re-plate if there is a problem on the press. Press downtime is greatly reduced so the sales team can concentrate on finding additional business.”

Multiprint Litho’s Kodak investment did not stop there explains Mr Baker: “We’ve also changed our entire system to integrate the brilliant KODAK PRINERGY Workflow System and here there was quite a lot of training involved but with Kodak's help the process ran very smoothly. Integrating software elements so that everything runs as one complete hybrid unit is no easy task – it’s an ongoing process.” He adds the solution has significantly increased productivity and gets jobs onto plates and the presses far quicker.

“Multiprint Litho is a great example of how Kodak together with its local sales and service partner, Antalis South Africa Pty (Ltd.) help dynamic printing operations continually review and improve their service proposition to ensure they remain a key partner for their customers,” says Katja Poetzsch – Category Manager Unified Workflow and Prepress Solutions, MEAF. “And this business approach can also result in improved production capabilities and reduced costs that all feed into profitability which is what an increasing number of Kodak customers are discovering.”