A series of tests run by the VIGC, the Flemish Innovation Centre for Graphic Communication, has revealed that PDF RIP output is making significant strides forward in terms of reliability and predictability. The organisation ran its latest round of testing in the run-up to Graph Expo. EFI registered the first ever ‘Perfect’ accreditation. Two other systems land the ‘Passed’ accreditation.


“Thorough testing is of the highest importance, as our RIP tests have repeatedly proven,” says Eddy Hagen, General Manager at VIGC. “Users don’t always realize the complexity of actually delivering predictable results - results that look exactly the same on any system.” 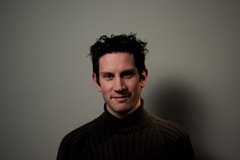 Didier Haazen, Senior Consultant and PDF specialist at VIGC continues: “The correct rendering of a very broad set of PDF/X-4 features is an important part of our VIGC PDF RIP tests. By testing even the smallest details, we sometimes find unexpected problems. These
have to be cleared before a certain rendering can be considered correct or wrong. Also, we find that certain work methods that prove to be useful in one way, may cause differences in other ways. So, for the past few months, we have been on an important but sometimes difficult mission with a number of suppliers. However, having one system now with a ‘Perfect’ score has certainly been the cherry on the cake for us.”


The first series of tests were conducted in the run-up to drupa, when seven systems were awarded the ‘Passed’ label. In the second round of testing conducted ahead of Graph Expo, EFI was awarded the first ‘Perfect’ score for its Fiery FS100 Pro RIP, which is set for release in Q1 of 2013. Two other systems also received the ‘Passed’ accreditation. "EFI leads the industry in digital printing color technology and color management,” said John Henze, vice president of Fiery marketing for EFI. "Being the first and only digital front end to earn this VIGC PDF RIP 100% compliant certification proves our ability to also accurately render transparency and process JPEG2000 compression and 16-bit images to achieve the graphic designer’s true intent. Print providers using a Fiery digital front end can have confidence that the job will print correctly the first time, avoiding costly reprints, delivery delays, and dissatisfied print buyers."

“By conducting these RIP tests, VIGC really aims at making sure that graphic arts companies
can output PDFs in a reliable and predictable way – especially PDF/X4 files. This new series of
RIPs passing our tests, and even having a first ‘Perfect’ score, proves that reliability, and
therefore predictability, has indeed improved,” concludes Hagen.