A Period of Growth for MPS in the UK

DIDAM, The Netherlands (December 10th, 2012) – MPS today announced a period of growth in the past few months for their UK operation, reflected in sales of press machinery to three premier UK label printers. Reflex Labels, Hamilton Labels and Watershed Packaging have all opted for MPS presses. 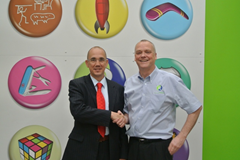 Reflex Labels are now running production on their 10-colour MPS press, the second MPS press investment made due to positive results generated from the first press purchased a few years earlier. The initial press was primarily purchased for the production of the company’s linerless product, but the press capability created numerous new opportunities in other markets resulting in a demand for a second MPS press. 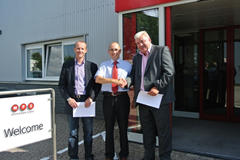 Hamilton Labels recently placed an order for their second MPS press, only two years after their first order. The huge success of their first machine, an EC 330 8-colour press, paved the way in demand for a second press in a much shorter timescale than anticipated. Chris Marsh, Managing Director of Hamilton Labels commented: “The increase in throughput and productivity made the decision to buy the second press a very easy one indeed. The opportunity to put in a second press with the utilisation of existing skill sets was also very attractive." The press is scheduled for delivery early next year. 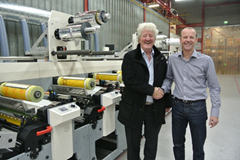 Watershed Packaging is a success story in its own right, undergoing a period of rapid growth over the last five years. In addition to a brand new state-of-the-art production facility due to be in operation in the first quarter of next year, the company has just purchased its first purpose-built packaging press at 20" wide. The new 9-colour press will complement four existing MPS machines at their facility in Leeds and will take the company forward into new areas of print and packaging.

Steve Walker, Managing Director of Watershed Packaging commented: "Before purchasing our first press at this width we evaluated presses from other manufacturers. We selected the MPS solution as their technology is unparallel at this width. MPS and its products have been a part of our growth and have provided us with a sustained platform for continued growth through their reliability and performance. We value our customer’s loyalty to us when we deliver the support and partnership they require and felt we should adopt the same ethical position when making our own purchasing decisions.”

MPS builds printing and converting machines for the self-adhesive and packaging printing market. MPS is responsible for a large number of revolutionary innovations like Crisp.Dot Flexo printing, Quick Change Die, automatic plate mounting and Automated Process Control (APC), including Job Memory. A user-friendly interface including iControl guarantees optimal operator satisfaction. The presses are developed with the absolute focus on print quality and the lowest cost per 1,000 labels.