Numbering equipment manufacturer Lethaby Numbering Systems was founded in 1913 by William Lethaby and his partner Richard Anderson Davies in London’s jewellery district. Over the years, the number equipment manufacturer relocated to various premises around London. In 1970, Lethaby moved to a custom-built factory in Andover, Hampshire, where it operates today. 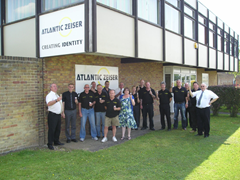 One hundred years later, Lethaby Numbering Systems still manufactures special products and short runs of mechanical numbering devices primarily for banknotes. It also supplies and services digital products for the secure production of documents and gift cards together with authentication and tracking of valuable products such as pharmaceuticals. 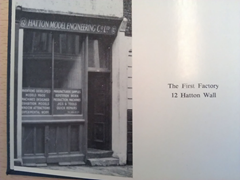 Bob Lewin has held the post of UK managing director at Lethaby Numbering Systems for 13 years. He commented: “Reaching 100 years of continuous operation is such a milestone achievement for a business in an industry that is undergoing very fast-paced change.”

He continued: “I started my career as an apprentice printer’s engineer in the 1960s and subsequently working extensively in inkjet, I was very pleasantly surprised when I joined Lethaby to find that not only is parent company Atlantic Zeiser one of the leading companies in inkjet for the printing industry, but Lethaby’s still has ‘real’ craft manufacturing on site. This role weaves together my print and inkjet expertise to lead a vibrant and growing business playing in a very exciting market segment.Today, about 80% of our output is exported.”