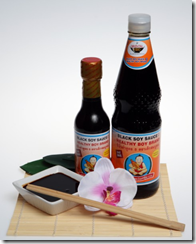 A great token of trust and satisfaction on the part of one of Thailand's largest producers of sauces.

Founded in 1947, Yan Wal Yun was the first company to receive, in the '80s, the Thai Industrial Standard award in the soy sauces category; this award has granted worldwide recognition of the quality of its products.

The company has considerably expanded in the late 90's and the new establishments have enabled them to be known as one of the most advanced industries in the production of soy sauce. The top of YWY range is available in many variants of sauces to suit every taste: from the oyster sauce to the hot ones, from the sweet and sour sauces to the spicy ones and many more.

An important P.E. LABELLERS customer since 1991, the company has added two new labelling machines to their bottling lines in 2012 and three in 2011, for a total of eight installations in its factories, all with cold glue technology.