Nantes-based Val pg Pôle Graphique in France is enjoying an increase in productivity after upgrading to the KODAK SONORA XP Process Free Plates. The company decided to invest in the next-generation plates after successfully using KODAK THERMAL DIRECT Non Process Plates for a number of years.

Val pg is an advertising and institutional publishing facility serving the services industry and public sector. The company employs 40 people, and in 2012 registered a turnover of 7.7 million euros.

According to Yann Madec, Managing Director of Val pg Pôle Graphique, investing in the latest printing innovations is crucial to a company’s growth: “Print specialists need to constantly adapt their offering to take into account new digital technologies.” 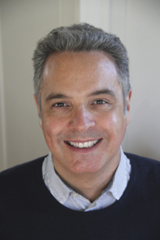 Already very satisfied with the revolutionary KODAK THERMAL DIRECT Non Process Plate technology– which was launched seven years ago, and is now well established in France – Val pg Pôle Graphique was keen to implement Kodak’s next-generation technology: “Kodak was the first manufacturer to introduce true non-process plate technology,” adds Madec. “The option to use ‘zero’ chemicals made our minds up for us, as it meant the process would be radically simplified compared with the previous way of working.” 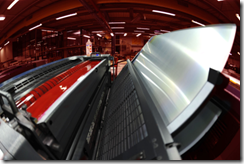 “Our aim was to reach an output of 150 to 200 plates a day as quickly as possible – which we’ve achieved with the SONORA XP Plates.”

Claude Desbrugères, Kodak’s Cluster Business Director, France & Benelux, concludes: “The next-generation SONORA XP Plates are a major step forward, as they build on what was an already very effective plate technology. Process free systems are here to stay. Customers have been won over by the environmental and commercial advantages they offer. We are very pleased with the market’s response to the new plates, and we will continue pushing the boundaries of plate technology.”