Russian print house Delta-Pack is celebrating a number of contract wins after boosting its flexographic plate production quality with a KODAK FLEXCEL NX System. The investment has helped strengthen the company’s position in the flexible packaging market and secured work with large food manufacturing clients.

“We were pleasantly surprised with the KODAK FLEXCEL NX Plates,” explains Director of Development Roman Viktorovich Doroshevsky. “There were no colour differences between the start and the end of the first print run. After a while, we launched the print run from the same plates for the second time, and again the results were good. So I checked four print runs of about 30,000 each, but still found no differences.” 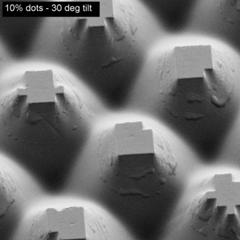 Delta-Pack’s decision to invest in the KODAK FLEXCEL NX System became a simple one when it saw the solution’s obvious stability, durability and quality advantages. The company’s clients were also very impressed when they were shown some samples. “Some colleagues who saw our 175lpi resolution output couldn’t believe it was flexographic printing,” explains Doroshevsky. “They thought we were showing them gravure printing.”

Winning over the large manufacturers

The Delta-Pack team has steadily built up the business.: “We worked hard to be taken seriously in the market,” says Inna Svetlichnaya, Head of the Development Department. “We mailed out huge volumes of product samples, and went to clients’ sites just to prove we could deliver the standard of work they expected.”

Delta-Pack’s efforts paid off, and today the company enjoys the respect of major foodstuffs manufacturers. In fact, some Moscow-based clients claim they prefer working with this regional print house because it is less expensive and provides a better service. 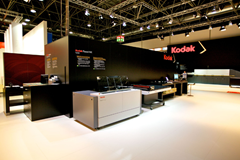 Based in Rossosh in the Voronezh Region, Delta-Pack was established in 1996 as a producer of household cling wraps and polythene dairy packaging.

Delta-Pack is keen on standardizing its processes to ensure the same print run are reproduced consistently without any changes in quality: “In the past, if something went wrong, the printer would change the roller, add ink, or do something else until we got the desired result,” continues Doroshevsky. “But if the same print run was needed a week later, for example, these ‘magic tricks’ were of no use. We wanted to get rid of this artisan approach.”

So the company added an ink mixing station and completely rebuilt the plate floor. The digital flexographic plates Delta-Pack had used in the past did not offer sufficient stability, prompting the company to start testing the innovative KODAK FLEXCEL NX System. The result was flexographic plates with flat-topped printing components that offer better ink transfer.

Delta-Pack, which in 2012 received ISO 9001 certification, is today focusing on improving its proprietary software in order to optimize document flow. It uses KODAK PRINERGY POWERPACK Workflow with automatic trapping and imposition modules, as well as the KODAK INSITE Prepress Portal System, which allows clients to coordinate their orders via the internet. Doroshevsky says the software has ‘streamlined our prepress operation, and helped us simplify communication with clients’.

“Despite the challenging economic climate, investing in new technology is crucial for a print business to move forward,” concludes Doroshevsky.” Cutting-edge systems allow you to create a more efficient, cost-effective production line, and ensure each print job is more profitable.”

Sergey Tomilovsky, Kodak Packaging Manager for Russia comments: “Delta-Pack is a great example of how a smaller print house operating in the regions can hold its own against larger competitors by investing in the latest technology. From their experience it is clear that brands do not mind where the packaging originates from, as long as it meets their quality expectations – which Delta-Pack is able to do with the KODAK FLEXCEL NX System.”