Erhardt+Leimer sets up a new subsidiary in South Korea

The Erhardt+Leimer group now has a subsidiary in South Korea, too. The specialist for web guiding and inspection technology already runs subsidiaries in China, Taiwan, India and Japan, some of which have been established for several decades, accounting for 50% of the group’s worldwide turnover. Now, in October, the fifth Asian subsidiary has been opened. The constant efforts to expand the E+L group – in particular on the Asian markets – have entered a new phase following the foundation of Erhardt+Leimer Ltd. Korea. 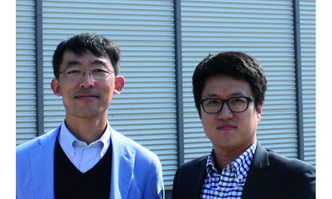 E+L has been active on the Korean market for several years via representatives in the textiles and paper/foil business areas. Particular focus is placed on customers such as Samsung or Hyundai within the context of these market activities. In order to be able to offer better support to medium-sized customers in the future, and further to this, develop markets for the tire and web inspection industry, the decision was made to found a company in Korea.

The subsidiary will be managed by Peter Choi, Matthias Lee will act as sales manager.