ROTOCONTROL has announced the appointment of Alexander Siegmund as Assistant Sales Manager, reporting to Marco Aengenvoort, Managing Director. This new role will focus on supporting the ROTOCONTROL/LeoMat world-wide agent network and customer inquiries, as a result of a number of new assigned agents and growth in sales in the last year. 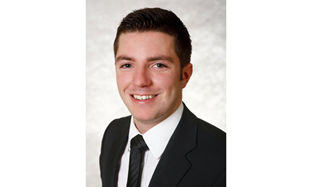 Marco Aengenvoort, Managing Director of ROTOCONTROL comments: "Alexander will be a great asset to the ROTOCONTROL/LeoMat team, as responsiveness and customer care are top priorities. We are privileged to have an extensive network of agents around the world offering local support and service to our customers. As we enter our fifth year of operation, we are well-positioned with the combination of an exceptional team of employees and leading-edge technology for continued growth."