Esko (www.esko.com) announces that after a long and distinguished career, Jürgen Andresen will retire from his role as Vice President Flexo Business at the end of the month. As of March 1, Thomas Klein, currently Senior R&D Manager for the Flexo Business, will succeed Jürgen in this leadership position.

Jürgen’s 20-year career at Esko is distinguished by his vision for the flexo industry and the way in which he made that vision a reality. His inventions, including the CDI, revolutionized flexo printing by taking the manual work out of many of the processes needed to prepare and produce flexo plates. The systematic productivity and quality improvements created by the CDIs made them a standard in the industry. Today, there are more than 2 540 CDI’s installed worldwide and close to 90% of all digital flexo plates from various vendors are imaged on Esko devices. 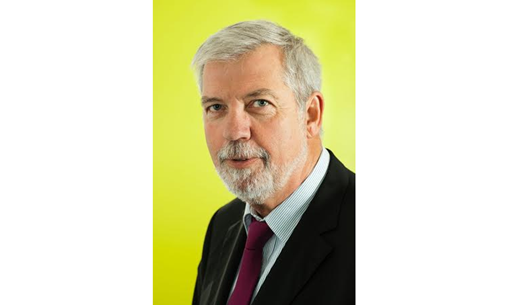 “Esko has continuously been at the forefront of digital flexo development, and that leadership position is due in large part to Jürgen’s continuous innovation and advancement," says Carsten Knudsen, President and CEO of Esko. "His effort, combined with Esko’s research and development teams, gave tradeshops and flexo converters around the world a way to use flexo technology to do what had not been previously possible: produce superb results in the most efficient way. We all wish Jürgen the best in his retirement, and will honor him by ensuring that Esko maintains its leading global position of flexo technology provider.”

As of March 1, Thomas Klein will assume the role of Vice President Flexo Business. Thomas brings a wealth of experience to this role, having worked alongside Jürgen for 22 years. Currently, Thomas leads the Research and Development team for the Flexo Business.

When talking about his retirement, Jürgen Andresen comments: “It is an honor to have been part of such a transformative technology, and to see the impact it has had for so many businesses. I am proud of this work and of the team at Esko who helped make this vision a reality. I am confident that Thomas will successfully lead the Flexo team toward a prosperous flexo future within Esko.”