Esko Full HD Flexo and Esko Equinox are milestones in a culture of innovation, resulting in seven InterTech awards over the past ten years.

Esko (www.esko.com) announces that Esko Full HD Flexo platemaking system and Esko Equinox, Esko´s solution for the implementation of extended gamut – or fixed inkset – printing, are both recipients of 2014 Printing Industries of America InterTech™ Technology Awards. Since 1978 the InterTech™ Technology Awards, sponsored by Printing Industries of America, have honored the development of technologies predicted to have a major impact on the graphic arts and related industries. More than 80% of technologies that receive an award experience continued commercial success in the marketplace.

These are the sixth and seventh InterTech awards Esko solutions have received over the past ten years. Other recipients include Esko WebCenter (2006), Esko DeskPack 3-dX (2007), Esko Neo (2008), Esko Studio Toolkit for Shrink Sleeves (2011) and i-cut Suite (2012).

“We are very honored to receive two awards from Printing Industries of America this year. Esko has a legacy of listening to our customers and using our ingenuity to develop products – very often new product concepts or categories – that offer our customers tremendous added value,” explains Carsten Knudsen, Esko President and CEO. “Esko’s insistence in investing a much higher portion of our budget than the industry average into R&D every year helps to support our continuous innovation helps to fuel these products that result in competitive advantages for our customers.” 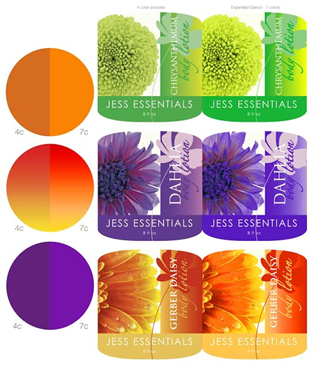 With Full HD Flexo, flexo platemaking has become a true “Computer to Plate” process: no lamination, no films, and no extra steps with light tables. No special consumables are needed, and it is not proprietary: it works with all popular digital flexo plates and sleeves. Everything is done in the CDI imager. Plates are ready for processing after unloading. Full HD Flexo has had a positive impact on efficiency and cost. Press changeovers are faster and downtimes are reduced. Substrate selection is less critical. 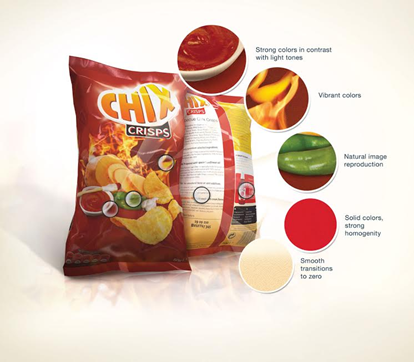 “The judges also considered Full HD Flexo plate imaging a much more flexible process, with the ability to digitally control the generation of a dot shape, combining highlight capabilities of round dots with the solid ink lay down and print stability of ‘flat top’ flexo plates – which the judges agreed is not a trivial process. HD Flexo plates can produce images with complete, 0-100% dot coverage delivering a wider color gamut. It was also significant that the technology is upgradeable, already has a sizeable installed base, and is not plate specific,” adds Bohan. “The very strong customer letters demonstrated that HD Flexo is allowing flexo to challenge gravure and offset.” This is occurring among a wide array of flexible packaging, labels and corrugated printers worldwide.

“While people tried to promote extended gamut printing in the past, it had been dedicated to offset, where printers might not have ample press units to take advantage of the technology. However, flexo presses have seven, eight or more units already – and it is significant for companies that are working to match brand colors,” states Bohan. “While this technology is used with other print methods, it was developed specifically for flexo. The industry is ready to embrace this technology. It beats managing specially-mixed inks.”

Equinox Expanded Color Gamut (ECG) Technology is Esko’s patented technology for converting packaging graphics from CMYK and spot color to seven-color process. It is applied in the prepress department when preparing jobs for press. Converting entire files results in extremely close matches to spot colors, improved pictorial images, and the ability to print more colors than available ink stations on the press, resulting in improved image quality and brand impact. The major benefit, however, is realized in the pressroom as jobs print more economically and more consistently. The ability to create an infinite number of colors from 7 process colors promotes “gang” press runs – and the economic savings can surpass a million dollars per press per year. Customers using Equinox ECG technology report that they use 7-color process profitably in a production environment for flexible packaging as well as labels. This has enabled many of the world’s largest consumer product companies to convert entire product lines to expanded gamut.

“The judges liked the smart filters, the math and color algorithms associated with Esko Equinox,” says Bohan. By quantifying only subsets of four-color combinations, Equinox 7-color profiles contain hundreds of times the amount of color data as a 7-color ICC color profile. These profiles are used to convert industry standard ink books into tint build books for a specific flexo press. Equinox also benefits from Esko HD and Full HD Flexo platemaking, which is able to extend the gamut by producing plates that can print dots from 0-100% while delivering consistent and reliable printing results from job to job.

Esko Equinox is a major achievement because it moves flexographic printing a giant step closer to being the economical manufacturing process that the major CPCs of the world are demanding. “The fact that the judges had a lengthy discussion about a specific PowerPoint presentation shows both the interest and dedication. Everyone got involved with all the materials,” observes Bohan. “They also noted that all the Equinox print sample images were cleaner than 4-color images. But the benefit that was not lost with the judges was the economic advantages of extended gamut printing.”

“Esko takes our role in the industry very seriously. We spend a good deal of time understanding the direction of the industry – and try to help to drive it – before we strategize products that truly are innovative but also have merit in the industry. It takes a lot of work to create a viable vision that drives the development of products like Full HD Flexo and Equinox. However, while we are flattered that these products have received acclaim this year, it is even more gratifying that many converters throughout the world are using Full HD Flexo plates and Equinox to produce exceptional packaging that offers a very powerful economic incentive,” concludes Knudsen.