After having read the story about some british students who had experimented with stratospheric flights, Felga Labels and its manager Philip Grimm decide to sent on a journey a Hawothia Imifolia Sardinie Siesta, a plant that originally lives in its wild form in the warm South Africa. The plant pot flew to an altitude of over 35 km high. As it went into the region near the outer space, such type of flights are called Near Space Flights. The plant and the labels survived  the entire flight despite adverse conditions. 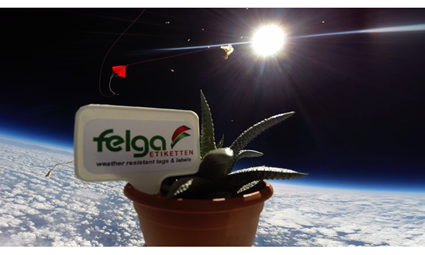 The flight date was set together with the German air traffic control. On 08.19.2014 around 10 am the flower pot took off  from Ilberstedt, 50 kilometers south of Magdeburg. The landing of the GPS-equipped camera, including plant and labels on a parachute was made about two hours later at Mellensee, 50 kilometers south of Berlin. 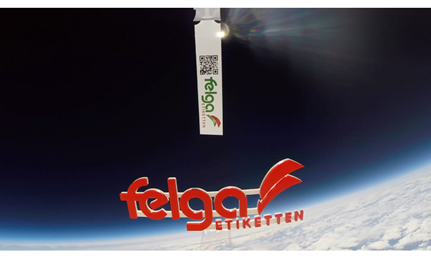 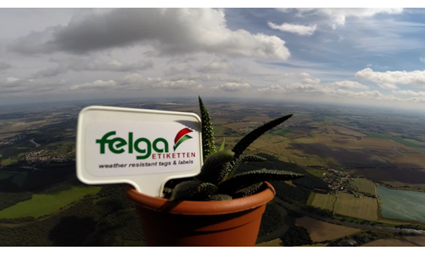