Athena Graphics, one of Europe’s leading prepress specialists for the flexographic industry, recently became the first in the Benelux to install an Esko CDI imager with Full HD Flexo technology. “We have been working with Esko hardware and software solutions since our founding in 1991, and we will continue to do so. Having such a close relationship with Esko enables us to deliver the high quality our customers – both brand owners and printers – are demanding,” says Ignace Cosaert, Managing Director at Athena Graphics. 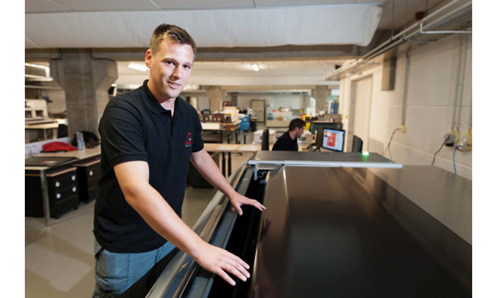 The addition of an Esko CDI imager with Full HD Flexo capabilities takes Athena Graphics another step ahead of the competition, explains Cosaert. “Brand owners today simply demand the very best quality. Printers are looking for new ways to meet that demand. And with Full HD Flexo from Esko, we have found the right solution to satisfy those needs. Because of the unique dot shape this technology creates, we now can produce flexo plates that not only deliver superior printing quality, but also better performance and consistency during the printing process,” he says. At the same time, Athena Graphics can bring cost savings to brand owners “Because Esko Full HD Flexo allows for a much broader color gamut, we are now able to use four or five colors instead of six to get to the same high quality end result,” Cosaert adds.

Software is another essential part of Athena Graphics’ portfolio. At A-ton, Athena’s IT-department operating as an independent business unit, many Esko software features are integrated into the tailor-made solutions provided to customers. “In a way, we sometimes even compete with Esko in finding the best solution,” says Cosaert with a smile, “just another benefit of our close partnership.” 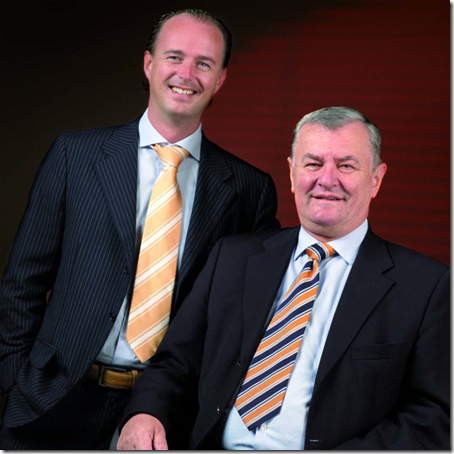 on the left Ignace Cosaert, current managing director of Athena Graphics, and right his father and founder of the company, Geert Cosaert (who passed away in the summer of 2014)

Automation is just as important to customers as it is to Athena Graphics itself. Cosaert says, “Our customers want to lower costs, decrease time-to-market and reduce the number of mistakes. The same goes for us, of course. So we have a team of four talented people who are constantly looking for ways to improve our processes through automation. We need to be able to do more, with the same number of people. Esko’s Automation Engine sets the standard for us in this field, and it is the platform that we build on. We really take its possibilities to the limits.”

Based in a state-of-the-art building at Roeselare, Belgium, Athena Graphics’ headquarters are very near to Esko’s Ghent offices. “It is really great to have them so close”, says Cosaert, “especially since we are using almost all of Esko’s portfolio. We are always in close contact, and we appreciate their responsiveness. Very often we are one of the first users to put their new products to the test. This is highly beneficial to both of us: Esko can trust us to provide professional feedback and we can take full advantage of the latest technology at an early stage. And we can trust Esko to stay ahead of the curve in bringing innovative solutions to market.”

Quality: a driving factor for growth

The packaging market continues to offer great opportunities for Athena Graphics. “Just walk into any supermarket and take a look at the enormous amount and diversity of products – and everything has packaging,” Cosaert states. The trend of packing smaller volumes of a product to cater for smaller households, combined with an increasing number of varieties of a product, have resulted in a larger number of jobs for Athena Graphics: “Each year we see our volume of flexo plates go up by 10 percent. Actually, all of our departments are growing by some 10 per cent annually.” 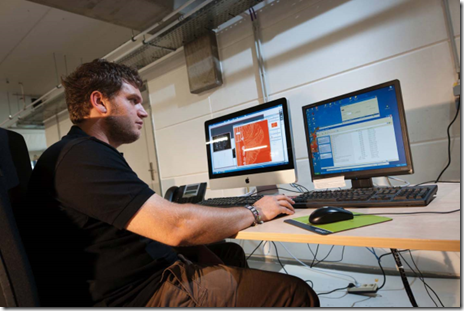 Athena Graphics now has offices in Belgium, The Netherlands and France, and works with almost every European country. Being a family-owned business keeps the company fast and dynamic. “We have our vision in place and can respond very quickly to new developments,” he concludes. “We are always eager to have the newest and latest technology, because this ensures we can deliver the highest quality in the most efficient way. That is also why we will continue to work with Esko: quality is what drives us both.”