The donation was presented to Christine Hazel, community relations at the American Cancer Society, and Ashley Matter, daughter of Andrew Matter and sophomore at the University of Wisconsin-Milwaukee. Ashley Matter is the Sponsorship Chair on the Planning Committee of the American Cancer Society's Relay for Life chapter at the university. Falconbridge and Andrew Matter's donation will partially be used in support of the 2015 Relay for Life event that the university will host on March 28, 2015.

"Gary and I have close friends and family that are fighting cancer right now, and decided we wanted to donate in some capacity," Andrew Matter said. "We recognized that Ashley's group was an avenue that could happen through and we are proud to support Relay for Life's efforts in the fight against cancer."

"I was inspired to join UWM's American Cancer Society program because members of my family are cancer survivors, so it has affected my life a lot. I am determined to give back any way I can," Ashley Matter said.

The donation was made especially poignant when the Matter family lost Diane J. Schmidt, a close family friend, to brain cancer just three days after presenting the gift. "She was very important to my family, and this donation honors her," Matter said.

To learn more about the American Cancer Society or the Relay for Life, visit www.cancer.org. 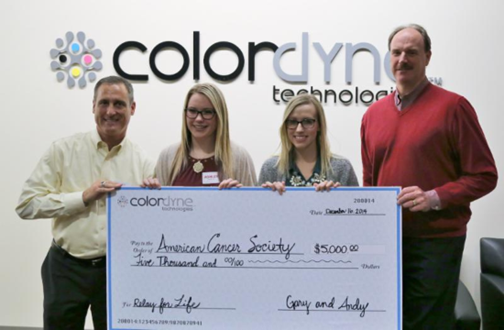