On Thursday November 27th the official opening of facilities OPTEL VISION EMEA was held in Limerick, Ireland. Iban Cid and Francesc Cases attended with Mr Tony Valls, agent of the said company to our territory. 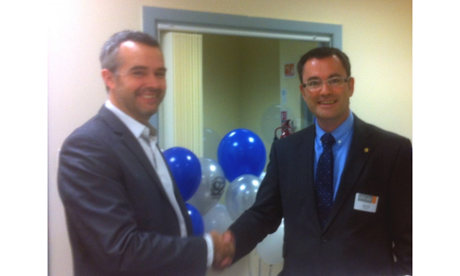 During the day the representation agreement between OPTEL and GERMARK for the Spanish market was signed.

OPTEL, is a Canadian company based in Quebeq, specializing in solutions Track & Trace (traceability) for the pharmaceutical industry.

Moreover a seminar was held about the challenges of serialization and aggregation of the pharmaceutical industry in the way of regulatory developments worldwide.

In the picture, they pose with Mr. Richard Bruton, Minister for Jobs, Enterprise and Innovation in Ireland.