When two companies have highly specific skills that complement each other perfectly, it's only logical that they should work together and leverage synergies. This is exactly what happened with Europrint Medien GmbH and Druckteam Berlin. These two partners, based at the same address in Berlin's Lichtenberg district, offer end-to-end production of printed items to different target groups independently of one another. In spite of this, the print production process is always a joint effort.

Whereas the seven-strong Europrint Medien team concentrates on platemaking and repro and prepress activities downstream of the artwork, Druckteam Berlin's expertise lies in sheetfed offset and finishing. "Put very simply, we swap our press-ready plates for printed single sheets or finished products, and the cooperation has served as a successful business model ever since 2001," says Robert Strack, Managing Director of Europrint. This autumn, the two firms took the plunge by switching to the Kodak Sonora XP Process Free Plate, and they’ve been experiencing the benefits ever since.

Kodak prepress technology has long formed the backbone of press-ready plate production at Europrint Medien GmbH, which first appeared on the scene back in 1990. All offset plates are currently imaged on a Kodak Magnus Q800 Platesetter, which is automatically fed with plates from a five-cassette unit. The thermal CTP system works with accurate, high-resolution Kodak SQUAREspot Imaging Technology and Europrint also uses a Kodak Prinergy Workflow System to optimize and process the job files prior to plate imaging. A web based Kodak InSite Prepress Portal System is attached to the PDF workflow system and production database to facilitate remote online collaboration with customers and external partners, allowing files to be directly submitted to the prepress workflow, and production PDFs to be checked online. 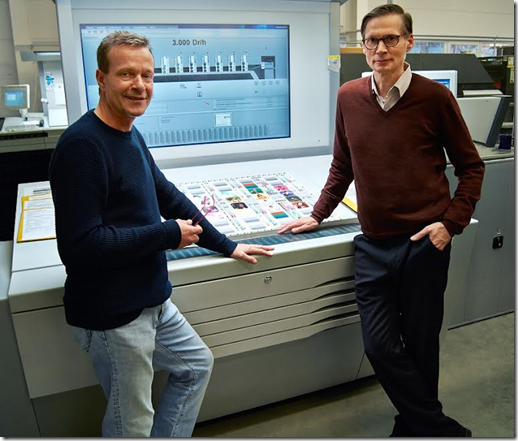 Robert Strack, Managing Director of Europrint Medien GmbH, trained as a chromolithographer and has followed the digital revolution in prepress technology from the very beginning.

"We initially started looking at process-free plates because we wanted to avoid the potential follow-up problems associated with conventional plate processing. We decided to test a process-free plate to see if it might be a feasible solution and were impressed with the results, but the economic side was still unclear," Strack reports. "Some time later we carried out an ROI calculation with Kodak's support, and it persuaded us to make the transition to KODAK Sonora XP Plates. Everything worked like clockwork, and all of the obstacles to the change were removed. We find it very reassuring that printing errors such as hickeys on the plate as a result of processing are now a thing of the past."

Solution – A smooth transition to process-free

As a result of switching to the Sonora XP Process Free Plate, Europrint also profits from Kodak's press-ready technology, which permits speedier plate production in the prepress department. The Sonora XP Plate has a negative-working polymer coating which is cross-linked when the plate is imaged in the thermal CTP system. The plate can then be immediately mounted in the press. When the press is started up, the non-image areas of the plate coating are removed by the tack of the ink as soon as the fountain solution begins to be absorbed. The coating is then carried out of the press via the substrate. 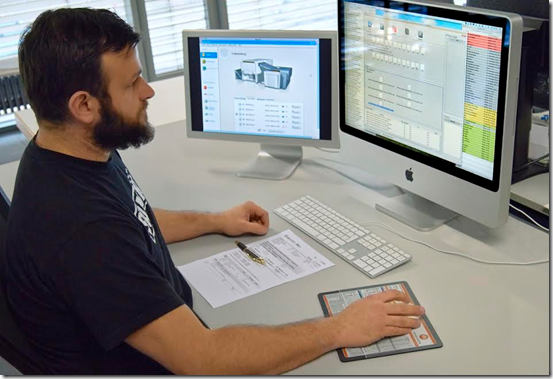 The printers at Druckteam Berlin had to make very few changes to their press settings and materials in order to produce with the Sonora XP Plate. The feedback from the pressroom is that the dampening process has improved and the ink dries better. Incidentally, the five offset presses installed in the pressroom produce 24/7 in three shifts with sheet sizes from 360 x 520 mm to 750 x 1060 mm. Three of these machines, with twenty-two printing units between them, print in 3B format, which is the norm for ninety percent of all plates made at Europrint.

Responding to demands for ever higher plate throughputs, the trade shop recently had its Magnus Q800 Platesetter upgraded from the standard F speed version to the faster X speed model. Europrint also uses the 300 lpi AM linescreen in addition to the standard 200 dpi for high-fidelity presswork on behalf of various domestic and international clients in the art and fashion worlds. Fine Kodak Staccato Screening (20 µm) is chosen if the customer explicitly wants to avoid AM halftone structures and screening artefacts, in which case the images are selectively sharpened during the workflow. Druckteam Berlin achieves excellent results using the Sonora XP Plate with all of these screening variants – with print runs that are generally anything between 500 and 10,000 sheets and occasionally as long as 150,000.

The changeover to the process-free plate rendered a processor obsolete. "Since switching off the plate processor, the monthly saving on electricity and water has been around four hundred Euros, plus another thousand Euros for chemistry. We've also reduced the number of man hours for cleaning and maintenance work by five or six a month. The fact that there are no longer any further costs incurred for correcting plate processing variations or errors has helped us save even more money," the Europrint MD explains. Robert Strack also explains that the reduced environmental impact that the SONORA XP Plates offer provide further benefits: "It's a very important aspect. It matters a lot to our customers if we can say we've taken yet another step on the sustainability road. We're delighted to have been involved from the start. We certainly couldn't imagine going back to the old plate technology now."