March 14, 2015
Release liner is unquestionably a key enabler for applying labels and tapes, protecting the seals on envelopes, hygiene and consumer wound care products, as well as a variety of industrial uses. It is also the subject of considerable focus today in relation to reuse and recycling -- particularly in the high-volume labelstock market. The current profile of this wide-ranging market is the subject of AWA Alexander Watson Associates’ Global Release Liner Market Update 2015. Now in its eighth edition, this focused annual market report provides insights of value to all involved in, or seeking to explore, the release liner supply chain, in terms of current and forecast future status. 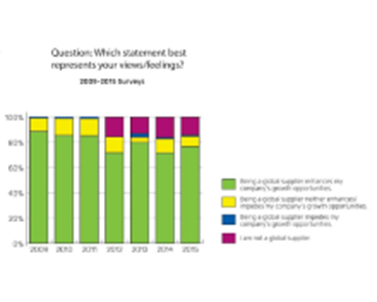 Market data
AWA record that estimated global volume consumption of release liner was 43,984 million square meters in 2014. Regionally, Asia consumed 37% of this total – ahead of both Europe and North America, each of which had a 28% market share. The emerging economies, South America and Africa and the Middle East, now represent 4% and 3% of the world market respectively. Pressure-sensitive labelstock remains the prime end-use segment for both paper- and film-based liner, and grew by 4% in 2014, but it was the market for pressure-sensitive tapes that grew globally most dynamically – at 9.7%.

Scope of the report
The report brings together the important facts on volumes, growth rates, market structure and regional characteristics, as well as raw material trends and costs, regional differences, end-use markets, and environmental issues. It also features the unique documentation of around 100 market participants’ views of the release liner industry’s business platform, as recorded in the company’s annual ‘voice of the industry’ survey, which spans globalization, M&A activity, sustainability and environmental issues, industry costs and profitability, and growth expectations by region.
Release liner in all its aspects is a speciality of AWA Alexander Watson Associates, whose published reports on the subject are complemented annually by the Global Release Liner Conference, alternating betwwen Europe and North America, and held this year in March in Denver, Colorado. Global Release Liner Market Update 2015 is available to order online now, via the AWA Alexander Watson Associates website, www.awa-bv.com, where details of all the company’s portfolio of publications and events may also be viewed.