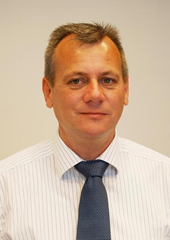 The new tape was compared to the former tesa® 7475 version in the FINAT FTM 10 test that measures the release characteristics of silicone coated liners. It helps determine the force required to separate an adhesive front strip from its anti-adhesive backing, or vice-versa, under specified test conditions.

“Testing is an essential part of FINAT’s role and one of the cornerstones of the organisation,” comments Hans Lautenschlager, Chairman of the FINAT Sub-committee Test Methods. “We are able to draw on a broad range of industry experts and operations to ensure we are at the forefront of new developments. That knowledge is something we pass on to our members. The freeflow of information and research enables us to support all elements of the industry in a highly informed, effective and accurate way. Specifications for silicone coated liners are often based on FTM 10 in combination with tesa® 7475. It is with this in mind that we recommend a review of the release data obtained with tesa® 7475 PV2 and, if necessary, an update on the release specifications.”

The FINAT Sub-committee Test Methods is part of the FINAT Technical Committee that exists to understand and promote the science and technology of self-adhesive labelling. It utilises knowledge from a wide range of industry members’ interests to provide an informed body of professional expertise focused on the processes and materials used in the manufacture of self-adhesive labelstock, and their conversion and subsequent application.