Michelman Appoints Dr. Karen A. Smith Bogart to Board of Directors

Michelman is proud to announce that Dr. Karen A. Smith Bogart, President of Santa Barbara, CA based Smith Bogart Consulting, has been appointed to its Board of Directors. Smith Bogart Consulting focuses on business growth and turn-around, helping companies achieve optimal strategic and operational success. She holds a PhD and an MA in Human and Organizational Systems from Fielding Graduate University, an MBA from the University of Rochester, an MILR from Cornell University, and a BA in Political Science from the State University of New York at Geneseo. 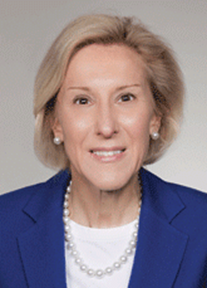 Dr. Bogart was previously Senior Vice President at Eastman Kodak Company. She was responsible for Kodak’s businesses and operations across Asia as Chairman and President of Greater Asia, located in Shanghai.  Additionally, she managed many of Kodak’s largest global businesses including professional imaging, consumer printing and cameras.


Currently a Director at Mohawk Industries (MHK), a NYSE listed floor covering firm and Monolithic Power Systems (MPWR), a NASDAQ listed semiconductor company, Dr. Bogart has Board of Director’s experience with nine companies in the United States and Asia, including Michelman. She is also a Director at ZBE Inc., a private firm that develops digital printers for commercial imaging. She formerly served as a Director of KODAK India, KODAK China, KODAK China Manufacturing, KODAK Thailand, and MUTEC.


Dr. Bogart has served as a Director for multiple not-for-profit organizations focused on women’s economic self-sufficiency and education. She currently serves on the Fielding Graduate University Board of Trustees and has taught at the University of California at Santa Barbara since 2007.


According to Mr. Steve Shifman, President and CEO at Michelman, “Dr. Bogart is a brilliant professional, and we are privileged to have her as a Director on our board. Her international business experience, as well as her experience serving on numerous corporate and not-for-profit organization’s Boards, specifically in Asia, will be invaluable as we continue to expand our global footprint.”