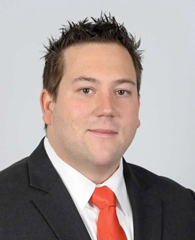 Weyermann comes to MPS with more than 15 years of experience in the printing industry. He previously worked for Kocher + Beck, a leader in the die manufacturing industry, as both a regional sales manager and a national product manager. Weyermann has also worked at Sancoa International as a process engineer.

According to Denny McGee, president of MPS America, Weyermann’s appointment is part of MPS’s North American growth plan. The company has been very successful in building its North American organization and business (sales, service, machine manufacturing, demo center, etc.), which has resulted in a significant increase in press sales.

“Michael has a lot of knowledge and experience when it comes to our industry and he is great at advising our customers and helping them excel,” said McGee. “He has an extensive network in the northeastern part of the country.”

McGee also announced that Renee Rauscher has joined the company as office manager at its U.S. corporate office in Green Bay, Wis. In this capacity, Rauscher will be involved with managing the production schedules of MPS presses in the U.S., as well as further expansion of the North American MPS organization.